Yesterday I took a last look at the old railway bridge at Upper Bukit Timah Road.
This bridge is due to dismantled soon, with the return of the railway land to the Singapore government.

The visit also brought me back to the old housing estate where I used to live back in the 1970s.
Called Fuyong Estate and located just bedside the KTM truss bridge. I lived there during my teen years.

This is a small freehold estate of around a hundred units, sandwiched between the old Diary Farm and the now defunct Singapore Granite Quarry. It lies on the western ridge of Bukit Timah Hill. So while I was heading to the bridge, I dropped by the estate just to see the old home and reminisce. 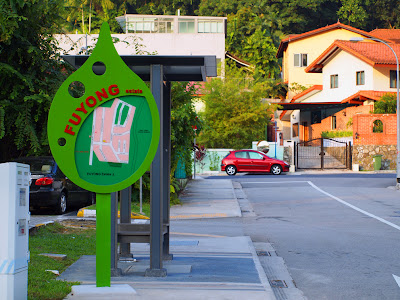 What was a once a simple estate of single storied bungalows, semi-detached and terraced houses has now morphed into a sad jumble of independently re-designed and re-built buildings. While there are still some single storey units, most have been redeveloped into 2, 3 or even 4 storied hulks. Some look so monstrous beside its puny neighbours.  I guess the owners are maximizing their land use. The old village atmosphere is completely lost now. 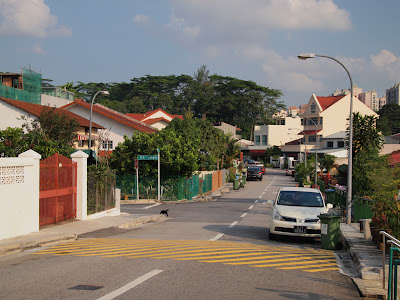 Rail Mall which fronts the main Upper Bukit Timah Road was redeveloped from a row of old shop houses.  I still remember vividly the old neighbourhood provision shop and the laundry (dhoby) shop now taken over by modern MNCs like Cold Storage and Coffee Bean. Looks much better now actually. 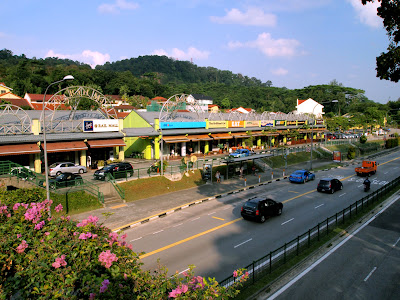 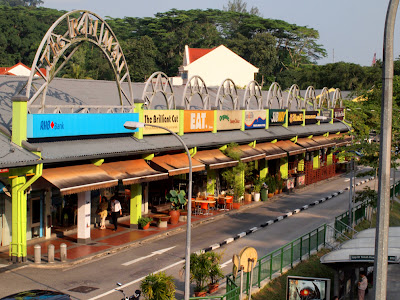 One of the things few people ever realise is that the row of shops that now makes up Rail Mall was one of the last few places in Singapore that had the old 'bucket system' of sanitation. 'Night soil'  buckets were carted off manually everyday by the sanitation dept  in their '36 doors' lorry as we called it.
(look up Night Soil in Wiki, you'd be surprised Singapore is mentioned prominently, full of shit, haha)

I recalled that the old shortcut from the estate to the main road ran past the back lane of the shophouses and woe be you if you encounter the night soil carrier at that time! The dilemma was that you either held your breathe and continue quickly through the backlane or make a 500m detour.