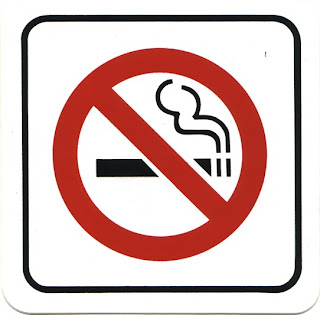 SINGAPORE - Singapore has classified cigarettes and tobacco products as a Class 3 Narcotics as from 1st April 2012. This means all tobacco products must be sold under license with smokers submitting their personal particulars before being allowed to buy their favourite smokes.

In line with the recent World Tobacco Organization 15th World Congress conference held in Singapore 2 weeks ago, the local authorities have reclassified tobacco as a Class 3 Narcotic meaning it will now come under the Drug Abuse and Narcotic Act.

This new ruling will mean that all smokers need to register to make purchases. Importers and manufacturers will require licenses to produce and distribute the tobacco products as if it were controlled pharmaceuticals.

Singapore will be the 1st country in the world to implement the resolution passed during the recent Congress.
Urging countries to stay united against tobacco companies, World Health Organization Director General Margaret Chan said: “What an industry wants to see is a domino effect. When one country’s resolve falters under the pressure of costly, drawn-out litigation and threats of billion dollar settlement, others with similar intentions are likely to topple as well.”
Most countries are reluctant or unable to implement the resolutions due to commercial pressures.

According to ministry spokesperson, Madam Boh Seo Hoon, distributors have already been informed a month ago and their retailers have been prepared to implement the new restricted sale policies. Retailers will be given a 4 weeks exemption period for them to get use to the new implementation ruling, which requires smokers to sign for their purchases.
Retailers caught selling to unregistered customers can be fined up to $2000 for a 1st offence. Repeated offenders will have their licenses withdrawn.

At the recent WHO Congress, Health Minister Mr Gan Kim Yong noted that while Singapore may have one of the lowest prevalence of smoking in the world, the rates have been picking up.
Dr Chan agreed with Singapore’s approach towards tackling smoking, while WHO Tobacco Free Initiative director Douglas Bettcher applauded Singapore’s effort to drive down the prevalence of smoking.