At my age, my circadian clock automatically gets me up at 7 in the mornings.
The daily routine would be morning ablutions followed by light brekkie and morning papers.
On Sundays, the routine changes slightly as I have to factor in morning Mass at St Mary of the Angels.

The thing I like about Sundays is to grab the Sunday Times and read the commentaries at a slow pace and read what the commentators write.
My favorite writers being Sumiko Tan, Sandra Leong and Ignatius Low.
I also look out for "Letters from Kyoto" by Janice Tay and Colin Goh's ramblings about his life in New York.
What I like about Sunday papers is the easy reading feature columns rather than the newsy articles.

Today, some articles I just want to add my 2 cents to.

Front Page:   FEELING'S HIGH: GOTTA PARTY!
Sh*t! that was why I had to incur extra costs for my taxi ride to the University Town yesterday!
The PAP was having their convention at the University Cultural Center but how was I know that?
My cab had to make a detour when we came head to head with a CLOSED road entrance to the University. Had to do a U-turn and double back to Dover Road to enter the Uni Town. Cost me an additional $2.50 in fares.

Hey, I thot PAP was a party organisation and not government body? So how come seems like half the police force and lots of military ambulances on standby at the convention? Using public funds for party functions? Ok ok, I guess party head honchos are also top public figures so they're entitled to some public protection and security services.


HOME Pg15:  30-YEAR LIMIT FOR CATHOLIC NICHES.
Archbishop Nicholas Chia standardizes the rules and conditions for the 17 Catholic columbaria. All niches are on lease for 30 years, subject to renewal!


Is nothing is sacred anymore? Whatever happened to 'Rest in Peace' ?


Phew, thank God (Amen!) that I have already booked my niche years back and the rules won't apply in my case. My niche #6022 at the Franciscan Columbarium is set for life, or should I say, afterlife. Forever and ever, Amen.
At least till the govt thinks fit to acquire the 'land' ?

DOMINIQUE STRAUSS-KHAN AND THE CHAMBERMAID.
Yaawwnnn. Next please.


P40 THINK: QUOTES OF THE WEEK
Lina Chiam, NC Member of Parliament
"Even if one ant dropped into my water, I would not want to drink it"
Please, Lina, your tap water doesn't come straight from the Bedok Reservoir. It's purified first. (I hope)
You should re-assure your voters about water safety rather than harp on floating dead bodies.

YOUR LETTERS - NOTHING CONCRETE IN EARLIER PLANS FOR BUKIT BROWN
Another salvo in the on-going Bukit Brown War.
This time from the Executive Committee of the Singapore Heritage Society in response to the URA's "...no one raised a ruckus when plans highlighting the area's intended future use were displayed for feedback in 1991 and 2001, when the Concept Plans were released "

Humma Kavula !! Reminds me exactly of what happened in Douglas Adams' book The Hitchhiker's Guide to the Galaxy. (My all time favorite novel, by the way).
When asked why the officious Vogons destroyed Earth to make way for an intergalactic bypass, the reply was "the plans have been published for the past 2 million years. You should have read it by now"

Has anyone ever wondered why Bukit Brown MRT station was built right in the MIDDLE of the Bukit Brown Cemetery?  Doesn't that give you a clue as to what is going to happen in that area?
The MRT station is completed (or at least the shell), just that it's not open for business as ghosts don't need to ride the trains, so the trains just bypass the station. 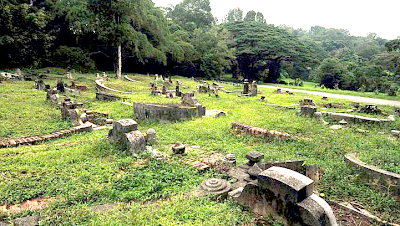 Think back Potong Pasir MRT Station that was built and mothballed till developments around it reached a sufficient level to justify it's operations. Duh?

In line with this, I just want to add to the LTA's justification to tear down 500+ housing units at Rochor Centre just to built a bypass so that motorists from Ang Mo Kio can save 5 mins driving to the city.
NICE. Thank you.
Appreciated that more unaffordable CO2 emitting cars can be put on the roads. Just go easy with the ERP gantries ok? Nevermind the residents, they'll get new houses at 'subsidized' prices. 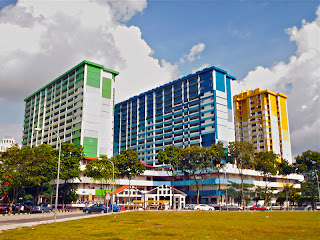 CK TANG CHRISTMAS SUPPLEMENT
Sunday Times Bonus for me! Elephant Parade pictures.
I am so into this at the moment.
Personally I've been around to snap 130 of the 162 elephants on display all over the city.
The only places I have not been (or rather will not go, since i have to pay to enter to see the elephants) are:
Mandai Zoo, Asian Civilisation Museum & Philatelic Museum.

I will shoot the balance when all 162 are gathered together at the Botanic Garden at the end of the exhibition.
They are really nice to look at. Go see my Youtube video and blog about the Elephant Parade! 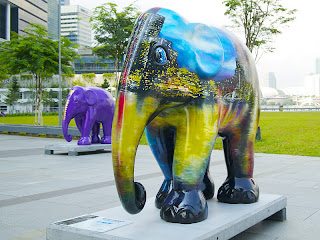