Why it's called Novena

To many people in Singapore, Novena means either the MRT station at Thomson Road,  the shopping malls that grew around it or simply that upper class district of Newton and its surrounding area.

The name Novena actually derives from a religious practice centered at the Church of St Alphonsus at Thomson Road. The Redemptorist friars have been conducting Catholic devotional prayer sessions every Saturday for the past 7 decades without fail. The prayer sessions are directed through Saint Mary, the mother of Jesus, under the title Mary, Mother of Perpetual Help.


This devotional prayer session is called a novena.

The novena consists of a series of repetitive prayers conducted over 9 days or 9 weeks culminating in a special 'feast' in honor of the saint to whom the devotion is made. Novena is Latin meaning nine.

This is in line with the Catholic theology of "the communion of saints". The belief that the Catholic church comprises members both present and past. Living members seek the intercession of past members (esp saints) whom they believe are now in heaven to pray, petition and intercede on their behalf.

These novenas have attracted so much devotees over the past decades, to the extent that most people do not recall the name of the church but know it simply as the Novena Church.

From this devotional practice, the term novena spread from the church to its surrounding, and thus, we now have Novena MRT Station, Novena Square, Novena Medical Center, and with many roads and condominiums there named after Novena.

Coming back to the origin, the Novena to Mary, Mother of Perpetual Help, runs over 9 weeks and culminates in a big procession in September each year.

This year the novena procession was held on Sunday 4th September.
It was so crowded that I could only take pictures of the event from where I stood. 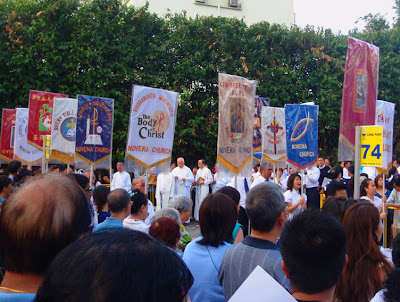 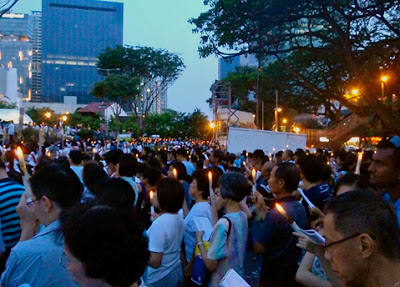 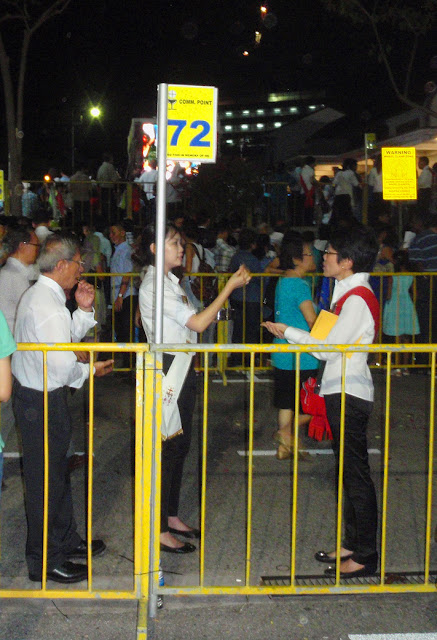 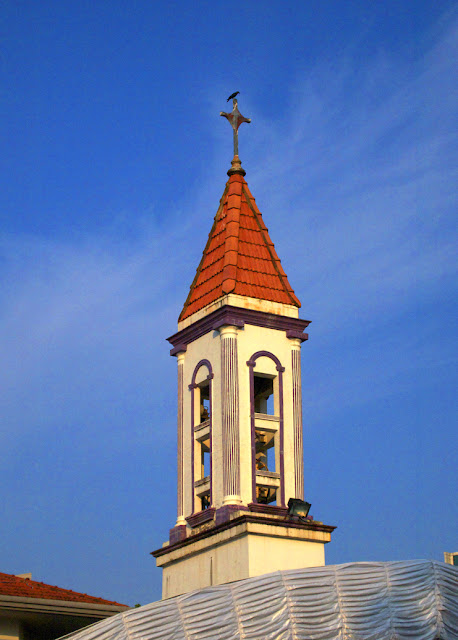