For the past 192 years, Singapore has been using the British manner of English, or what we would say, "the Queen's English" or "BBC English". This has served us well, being the only nation in SE Asia, to have English as the main medium for official communication and work.

Last week, our elder statesman LKY, again stirred the hornet's nest by proposing that "it is inevitable.. to teach and recognize American English". The jury is still out on his call.

Inevitable or not, the American pervasiveness in all things today cannot be dismissed easily. On the Internet, English is really americanized. And my own belief is that sooner rather than later, American English will supersede all forms of communication, be it via the Internet, the airwaves or the media.

Thus, I tend to agree on this point with the ex-minster, who has been known at least to have some foresight now and then. Therefore, from today on, I will also try and convert to using the American form in my blogs. 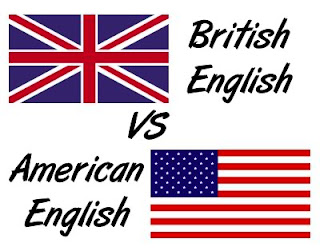 Though the lines dividing these are getting blurred as worldwide communication become much easier, there are subtle differences that can tell that I was not raised speaking or writing american english.
This is the dead giveaway, for which, I hope you will forgive as I progressively take this journey of learning new tricks.

There are grammatical differences in the way the british and the americans structure their sentences, although you may not have noticed. For example, collective nouns are used differently, we say "Manchester are the winners of the match", the American will phrase it as "Manchester is the winner of the game".

Thus, it will take a long time before all the subtleties are ironed out and my blog will be 'americanized'
From young I have been schooled in british english and it will take a great conscious effort to cross the Atlantic. My sister Jen had already made the transition decades ago, and hopefully can help point out whenever I unconsciously lapsed back into the Queen's English.

The other reason why I decided to make the switch is simply because all the tools on my Mac are in American English. The spell check, the keyboard, the nomenclature of working with the system are all easier, rather than having to correct the american spelling back to british spelling. Make sense doesn't it?

So from now on, you'll see me type learned instead of learnt, center instead of centre and dropping the u from honor, etc, etc. (is et cetra typically british?) The change will only apply in my written blogs. I'll start with spelling and eventually get around to the phrases.

If you think it's just a change of spelling, I'd suggest you read this primer from wikipedia regarding the differences in American and British English.