I got my very first Personal Computer  around 1980s.
That's way back in the the 20th century, so long ago that I can't even remember when it was.

It was a Commodore VIC20, a watered down version of the then mouthwatering Commodore 64.
It had 4Kb of RAM memory (wow) and a cassette tape drive!
You plug it to your TV and get glorious 8bit colors, and it could run Space Invaders and Donkey Kong (double wow!) 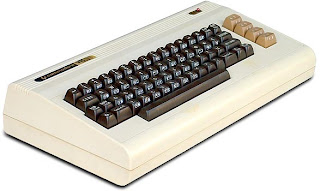 You had to LOAD each and every program that you wanted to use and then RUN the program. Only 1 program at a time. Multitasking was still something for the future.  But it was a real computer and not a game console like the Atari.

Top of the line personal computers like the IBM PC (& later the XT) were then only being used by corporations as these were way too expensive for home use.

I was feeling nostalgic while I was browsing the internet and realised I was now reading new words like meme and fail, being used so commonly today.
I recalled that even back then, when the PC was just starting to become more than just a household gadget, we were already learning new words coming into a new new world.

How many of you can remember using commands like peek, poke, RUN, LOAD, if..then,  else go ?

Of course that was a long, long time ago and all these words are now hidden under the user interface and so intuitive now that we don't need to know these anymore when using our mouse, iphones and ipads.

If you still don't know what meme and fail means today, you got a lot more catching up to do than me!
Posted by James Tann at 6:48 PM