Big Brother is watching- Paranoia or security at the station? 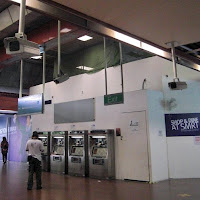 Recently I noticed that security cameras were being installed at the Bukit Batok MRT station.
Nothing unusual in that, except that as the days progressed, the number of cameras being installed were sprouting all over the station!

Today out of curiosity, I actually took a walk to the station just to count the number of cctv cameras being installed.
I counted 53 cameras all over the station. And this number was just the concourse and surroundings and excluded those inside the station and on the train platforms!
Mind you even with this unusually large array of cameras, half the station is being refurbished and as yet has not had cameras installed.

Really makes you wonder why the need for so many cameras. Practically every inch of the station is under surveillance.

I am not aware if the same security features are being implemented at other MRT stations but it seem so ridiculous to see so many security cameras in just one location.

Who knows, eventually we'll end up like in London, with 1 million cameras they can track your every movement in the city on their surveillance monitors! 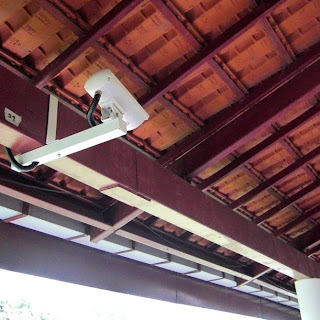 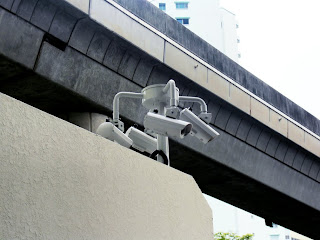 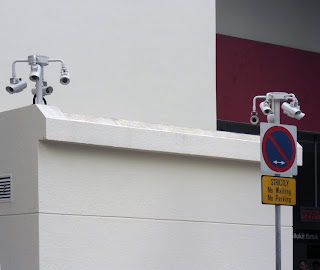 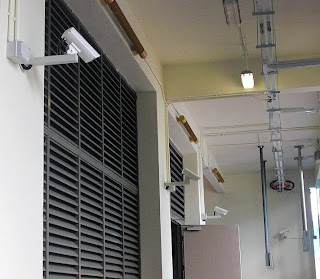