Over the counter - sold legally

I subscribe to an internet forum based in Thailand whose main purpose is to chat on things happening in Phuket. Recently, postings on the forum were about certain pharmaceutical products available at Thai pharmacies. ahem, what I mean are those little helpful blue tablets for men who may have some difficulties.

The danger with those bought without a doctor's prescription may be that the tablets are counterfeit. A year ago in Singapore, men were being hospitalised for using illegally obtained pills called Power 1 Walnut, amongst other names. (Read article here). These virility pills contained substances meant for treatment of diabetes, and those hapless guys who took them suffered drastic drop in blood pressure. It's a good reason to obtain only genuine medicines from your doctor or pharmacist.

In the forum discussion it was made known that some pharmaceuticals from India were being sold over the counter without prescription. This was possible because India does not subscribe to medical copyrights and manufactures genuine drugs in its generic form.

I was in Phuket last week when I popped into a local pharmacy to buy insect bite cream. Casually, and out of curiosity, I inquired if they sold Viagra, and correctly they told me that a prescription from a doctor was required. OK, good, I was relieved that the pharmacies were still highly ethical.

But then immediately, the pharmacist offered me the generic Indian product called Kamagra.
She said that this could be sold without a prescription and is consider an OTC (over the counter) drug and not a controlled medicine. WOW! She even introduced the latest gel based derivative. At only 100 baht (abt S$2 ) per sachet, it was equivalent to a 100mg Viagra tablet which costs S$20. Made by the giant Ajanta Pharmaceutical firm in India.

Ha ha. Ethics vs economics, tough choice. Did I buy? you wonder.
I confess, yes I did. More as souvenirs for my colleagues back in the office.
Have I tried it yet? truthfully, NO. Same with my colleagues who are still waiting for each other to start! really funny, each waiting to see who might drop dead first. 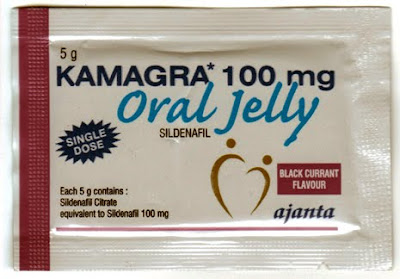